Ahoy! this is my page for the DeVry course CEIS101 and a demonstration of the skills and lessons learned.

Module 1: Introduction to IoT
Week one was our introduction, I’d thought it was overwhelming at the time, but that was mostly because I am not accustomed to being in a structured learning environment, this is my first time learning which was not self paced or just learning for fun for about 11 years. We discussed fundamental technical concepts required for the class.

The main topics of learning were “Digital and information revolution, and “IOT Connections”. Digital and information revolution gave us some insight into the immense amount of data, and the rate of growth which IOT devices collect, and some of the ways it might be collected. IOT connections was a basic overview or the sorts of devices used in IOT, mostly related to devices which collect or process data.

Module 2: Devices and Connected Things – Automation:
During week 2, our subjects of study were Automation of Everything, “Elements and Devices of Automated Systems”, and “Prototyping Systems”. This covered an introduction to how designers and developers might try an idea out while using low cost resources in order to determine how to automate a process. We learned about Arduino circuits, and dove into Autodesk Tinkercad. While I’ve used Tinkercad in the past, I learned a lot during this week about Tinkercad, connections, and the sorts of devices in Tinkercad.

Module 3: Networking and the Cloud

We covered Networking Fundamentals, Connecting Things to the Network, and Cloud and Fog Computing. This gave us an introduction to basic network concepts, and cloud and fog computing. Cloud computing is essentially when devices at the perimeter act to control things, pretty much anything, or to collect any sort of information, and this is sent up to the “cloud” for any processing. In Fog computing, most of the concepts are the same, the important exception being that most or all of the processing happens at the perimeter nodes and may not necessarily be processed upstream by nearby devices or in the cloud.

The project I completed was to take what I’d learned in Tinkercad, and apply it to an Arduino. I connected the wires to a breadboard and took a slightly modified program and implemented it utilizing the Arduino IDE. The biggest take away from this lesson was that I will eventually need to get some tools and some different colored wires because this looks SLOPPY, in order to make things look cleaner I will need some tiny Velcro straps for maintenance loops and I will need to make my own wires, it seems like it might also be a good idea to instead use the individual strands from CAT5 ethernet cables. 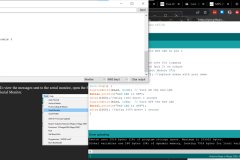 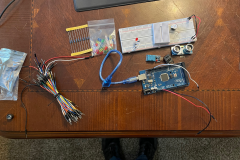 Module 4: Programming and Operating Systems
This module covered programming, software, and operating systems. I have been a big time Linux and Unix nerd for years. I’ve studied C++, C, Java, Html, CSS, PHP, and Javascript. Fun fact, I actually made a very tiny contribution the the Linux Kernel, I’d had a less common SD card reader on one of my laptops, and always had to recompile the kernel extension for it whenever I reinstalled linux, I had been in forums with developers and and eventually asked. I got into an IRC chat with some of the guys, and they helped me prepare it and get it to the spot where it was submitted and approved for addition to the Linux Kernel. I eventually moved to Mac systems and have done a lot of work for apple (turning screws in computers, not development). I now use Windows in a technical support role, I am senior escalations agent for a very large American fast food chain.

Our project was to add a sensor and create a (really) annoying alert which simulated a door opened alarm. I actually got yelled at for this as it was quite annoying to the housemates and the chirp thing disappeared that night, one of my housemates helped it get to its next destination which is still unknown to me. Too bad for them I have another basic Arduino kit and put another one on there. 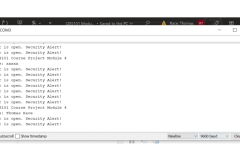 Module 5: Data and Analytics
For module 5, we covered data and big data, Big Data Considerations, and Business Analytics. The most impactful thing I gained from this module was that we should only collect what we need, and in some cases it is highly advantageous to process this data at the nodes or closer to the node instead of the central repository.

Our project was adding a sensor to the Arduino project 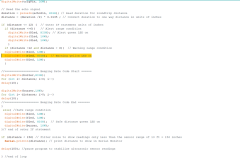 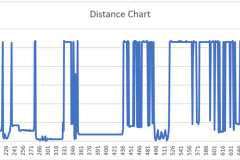 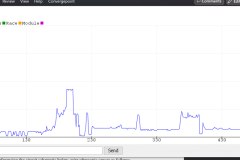 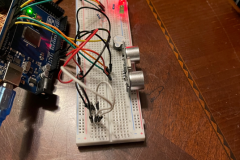 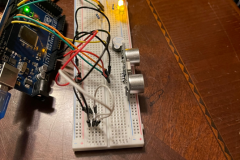 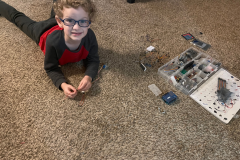 Module 6: Security
This module covered Importance of Security, Securing the Business World, and Protecting Personal Information. We discussed data and how it may be collected, methods to secure it, and sensitive types such as personally identifiable information. The key point that I took away was that many will place a false sense of security by focusing a great deal of effort on only one vertical of security, such as utilizing a VPN, and neglecting another. This can also include being more lax about downloading software when using a top rated antivirus.

Our project was adding light to our smart home automation system. I thought it was quite interesting that the sensor was so accurate, however I do have some concern that this may produce erratic results in unconventional acoustic environments. I researched laser distance finding devices which I could connect to the Arduino as well as USB devices and found that unfortunately they are cost prohibitive. This was the final adjustment we made to our Arduino.

In module 7 we dove into the employment opportunities which were available to someone with IOT experience. MY biggest takeaway was that I will need to have a good deal of knowledge on different operating systems, storage solutions, programming languages, and more than likely will need to seek a bachelors level education in order to be competitive. Additionally, certifications will help you stand out, I am currently working towards a couple certifications with my employer.

This and a powerpoint were the project for this module as well as module 8.

Module 8: Final project
I’ve tried many times to use Wix, I’m simply not a visually creative person, and find the options overwhelming. I prefer WordPress, I think I used it since probably around 2004, but maybe even 2003 when it was originally released. I did make an effort to complete this utilizing wix, and pretty much found myself incapable of making any progress due to the overwhelming customizability.